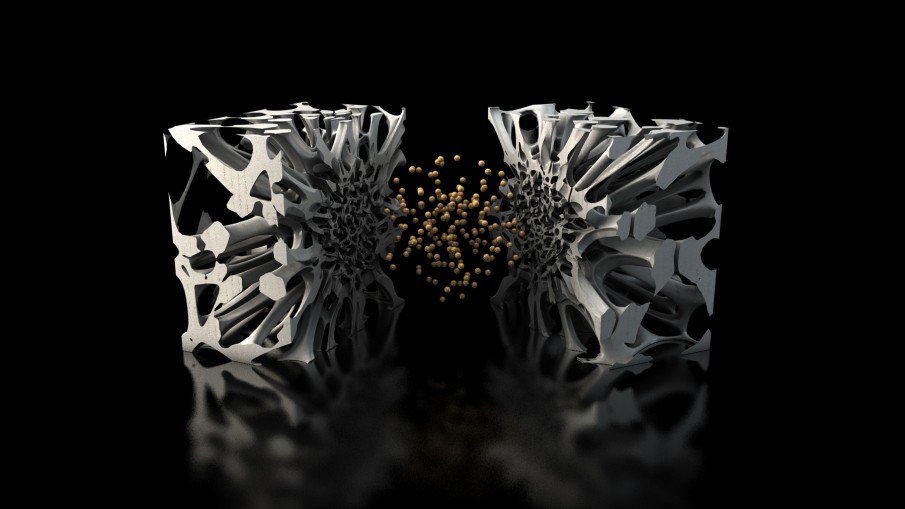 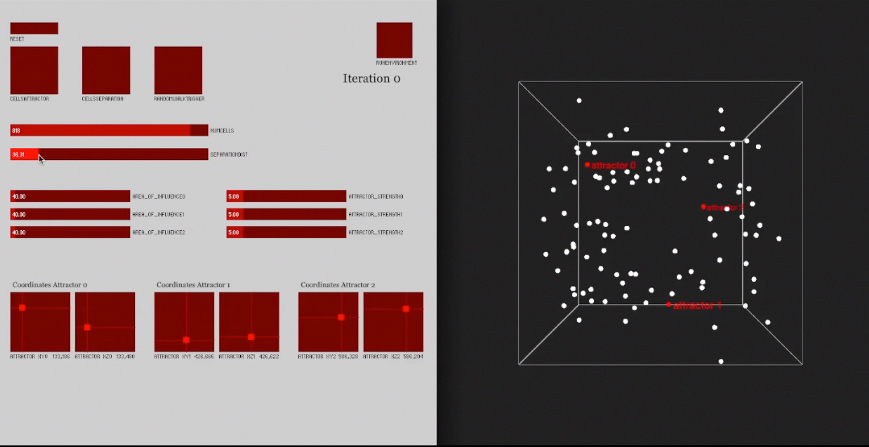 The framework of morphogenetic effectors served to propose an alternative to design generation in design contexts. Instead of evolving a shape through geometric abstractions, SynthMorph presents the designer with a user interface in which they can control activate and combine the different effectors. The software works by means of a particle-based simulation, whereby individual agents respond to chemical changes in their environment and vicinity to other agents. The chemical environment is controlled through a series of attractors, which create repel or draw particles based on strength and field adjustments.

SynthMorph was created concurrently with a series of biomineralisation experiments (also documented in this website). The experimentation process provided with inspiration to draw analogies to actual living systems. As such, the software also provided as a way of exploring some of the concepts which we’re being discovered and analysed in the laboratory experiments. For instance, we started describing the particles in this simulation as akin to mesoscopic units of bacteria, and some of the observed patterns as similar to those in bacterial colonies.

The source code for the software can be found at the dedicated repository. An online demo is run at this link.