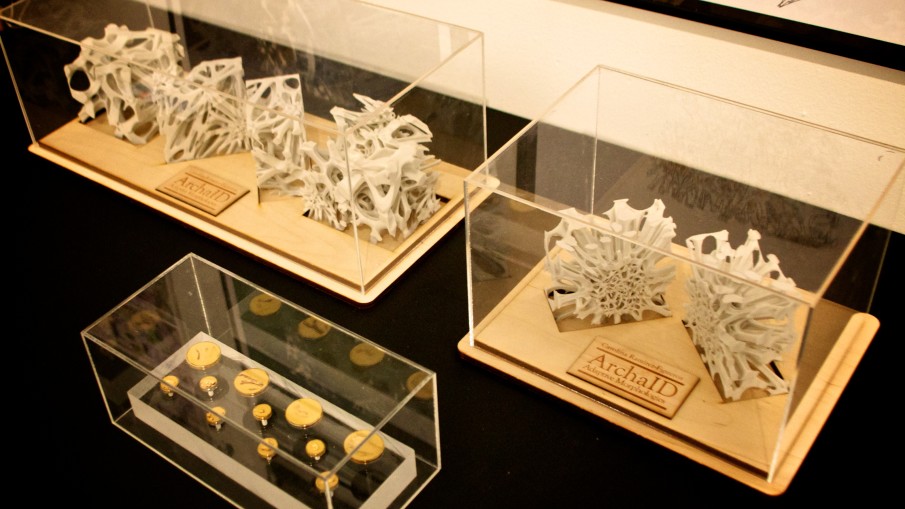 I have recently been to Praxis and Poetics, the biannual conference of research through design organised by Northumbria University (Sept 2013). A good assortment of people from different creative practices, ranging from (in no particular order) architecture, to industrial and product design, to graphic design, fashion, HCI, computer science, literature. You can imagine then the richness that goes into getting all this people congregated for three days.  I delivered the paper Synthetic Biology as Material Design practice, which explores a reinterpretation of morphogenesis in architecture in the light of the recent advances in synthetic biology. The paper covers the development of SynthMorph, a tool to evolve shape based on morphogenetic effectors and that is proposed to develop composite materials.

Research through design is an emerging field which is still building its conceptual and formal foundations, so a conference like this is very useful venue for anyone interested in the development of knowledge through the creative practice. Admittedly, the venue was in itself inspiring, the BALTIC art centre. For those of you not familiar with Newcastle, the BALTIC is a gallery whose architecture and character is testament to the cultural development of the Northeast of England. Initially a mill located in the banks of the River Tyne, it was one of the building which constituted the industrial hub of the Northeast region during the industrial revolution.

In stark contrast to this industrial setting, one of the most prominent notions that emerged from the conference was that of digital crafting. Just as it happens between industrial production and craftsmanship, there is a presupposed divide between craft and digital practice, up to a point where everything that is created inside a computer is not thought to require the level of manual skill as in, for instance, woodworking. However, the discussion that aroused in the conference was that there is much more of craft in many so-called digital activities that we care to admit.

There are various implication to this redefinition of crafting, which I thought I would explore through some of the projects to which I had the opportunity to attend to their delivery. First, there is the notion of coding as craft, not only from the image of coders working with their hands to assemble a piece of code. In Words, Code, Dots and Lines, Tim Regan exploration of this idea, stressing the way code is assemble in blocks that have a particular aesthetic to them. But also, the previous processes of probing and whiteboarding are explored as a craft practice, with the embodiment of mind storms and sketchbooks as artefacts.

One of the most clear casualties of the divide between digital and craft is paper. Paper has been characterised as the symbol of analogical technologies, and its disappearance has been signalled as the flagship of the digital conquest. Michael Shorter challenges this notion in The Invite, in which the crafting potential of paper is refitted to create circuits using paper and conductive ink. Paper electronics is a new field designed to democratise electronics through the use of a low cost board (such as a paper sheet) and ink (Bare Conductive Ink) as means to create the circuit in itself. The process used by Shorter is quite interesting, and invites to a reflection on the ludic and creative potentials of this technique.

There is an interesting dimension to using craft as operational materials instead of using it as a mediating artifact. Jacob Sebastian Bang works on this notion by creating a series of 1001 plaster models which have no pre-conceived function, but are only created as a way to spark creativity. The creation of design ideas from a crafted artefact seems to be a twist to the architectural paradigm of form follows function, then allowing functions to shape into the form. The collection is quite impressive, and having seen and handle some of them, I can attest to their enigmatic and intriguing nature.

However, there is a very delimited convention of what constitute an artefact, and a craft process is automatically thought of as having a material outcome. Fashion, for instance, can be said to be a craft aimed to produce textile artefacts. Winnie Ha explores a further interpretation of this in Writing Fashion as Contemporary Practice: Experience, Imagination, Knowledge, creating literature pieces that provoke and inspire the experience of fashion in a bid to expand the formal spectrum of practice and knowledge of fashion. Interestingly, she then uses the literary creations to enact knowledge through performance and audio installations, stressing the weight and qualities of the word. A very interesting project that taps into the intersection between performance, crafting and knowledge, and that very well deserve to lend them an ear.

In the Book Spotter’s Guide to Avian Titled Literature, Zoë Sadokierski work with the possibility of using another embodiment of literature, books in this case, in a craft exploration of the future of libraries. As a response to the commonly held belief that digital technologies displace libraries automatically, the project uses books as an abstraction of birds, which are then suspended in the central Stairway of the UTS library as a flock of birds. The project is a delight for book-lovers, and reveals a painstakingly process in choosing and connecting each particular book with a specific bird species, and their pages folded and arranged as to refer to specifics in the morphology of birds.

Also, there is the possibility of using data as resource in a crafting practice. James Thomas works on this possibility in Reading By Starlight: An Exploration Into Making Space Data Physical And Personally Meaningful and creates a lamp with brightness dip patterns indexed to NASAs Kepler telescope data on stars brightness. The aim of the object is to create a connexion between everyday life and the scientific data on the wider universe through a low resolution output. The lamp in itself is modelled after a Dodecahedron and is part of a wider NASA programme to open their data to the public and, specifically, to turn space data into physical form. More of his projects here

As you may gather from this very brief review, the conference offered a very interesting breadth of research through design projects, and the format of informal round-table conversation felt specially inviting to get a design conversation going. Comments and discussion following from my presentation were very helpful and pushed me to think into further implications of my design process in the context of a material practice. Part of the conversation went on reflecting on the role the prototyped pieces had in relation to morphogenesis, how their texture and tectonics reflected the dynamic process which had given rise to them.

Credit should go to Jayne Wallace and Joyce Yee for organising this amazing event, and making sure everything ran smoothly. It was a very inspiring environment and of course stirs the discussion into many different avenues, a very small selection of which I tried to include in this Blog Post. On the final remarks, I only want to point you to the We are Makers documentary, an interesting piece on the Maker culture, initially born in the US. It is interesting to watch the piece and reflect on this conference with Christopher Frayling’s On Craftmanship by the side. Frayling reviews some of these ideas, and contextualise them in the climate of crisis and post-digital society. 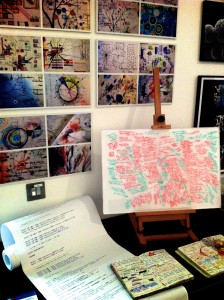 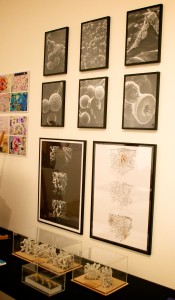 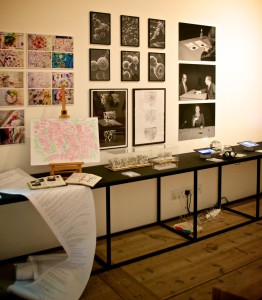 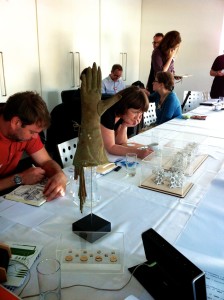 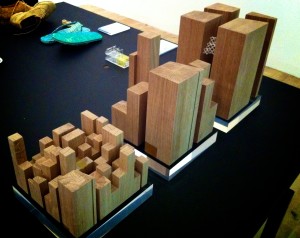 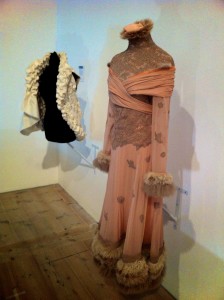 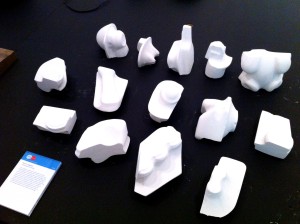 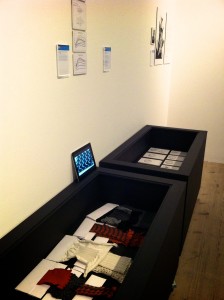 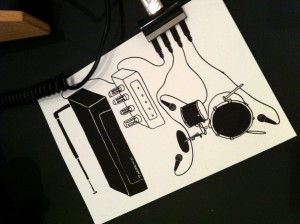 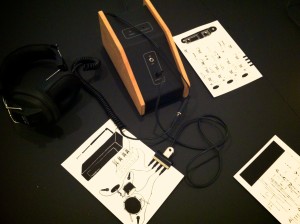