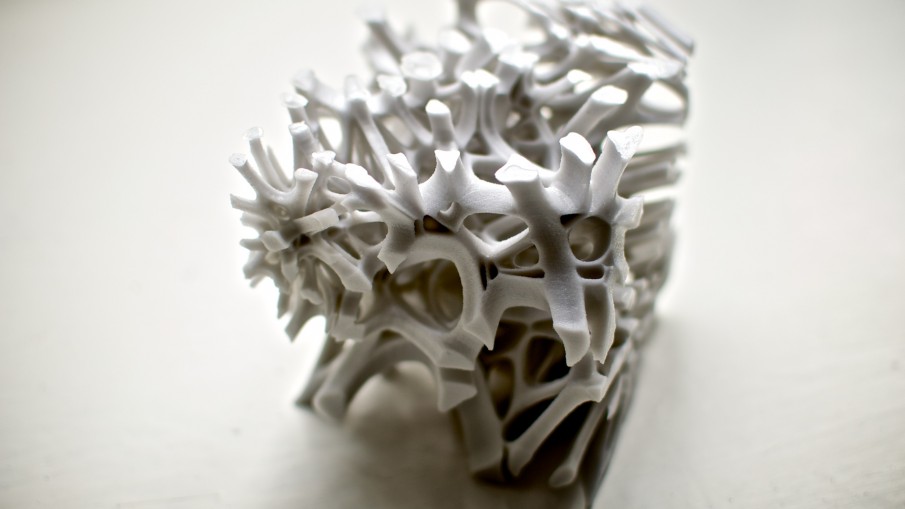 The series of structures depicted in this gallery were produced using SynthMorph. Following the experiments in biomineralisation, we used SynthMorph as a tool to probe concepts of fabrication and natural shape. We were specifically interested in the relationship between bacterial chemotaxis, the movements of bacteria based on chemical diffusion in the environment, in relation to crystal morphology. Through the experiments we realised of the correlation between bacterial strand and crystal geometry. It Is generally believed for instance, that the placement of bacterial communities have an impact on the specific concentration of crystals.

In bacterial structures we speculated on the actual mechanisms which lead from a microscopic event, such as the way in which bacterial units move, to the macroscopic appearance of crystal structures. To do this, we implemented a data flow that allowed us to use the patterns generated in SynthMorph to derive a structure which could be fabricated using 3d printing technologies. 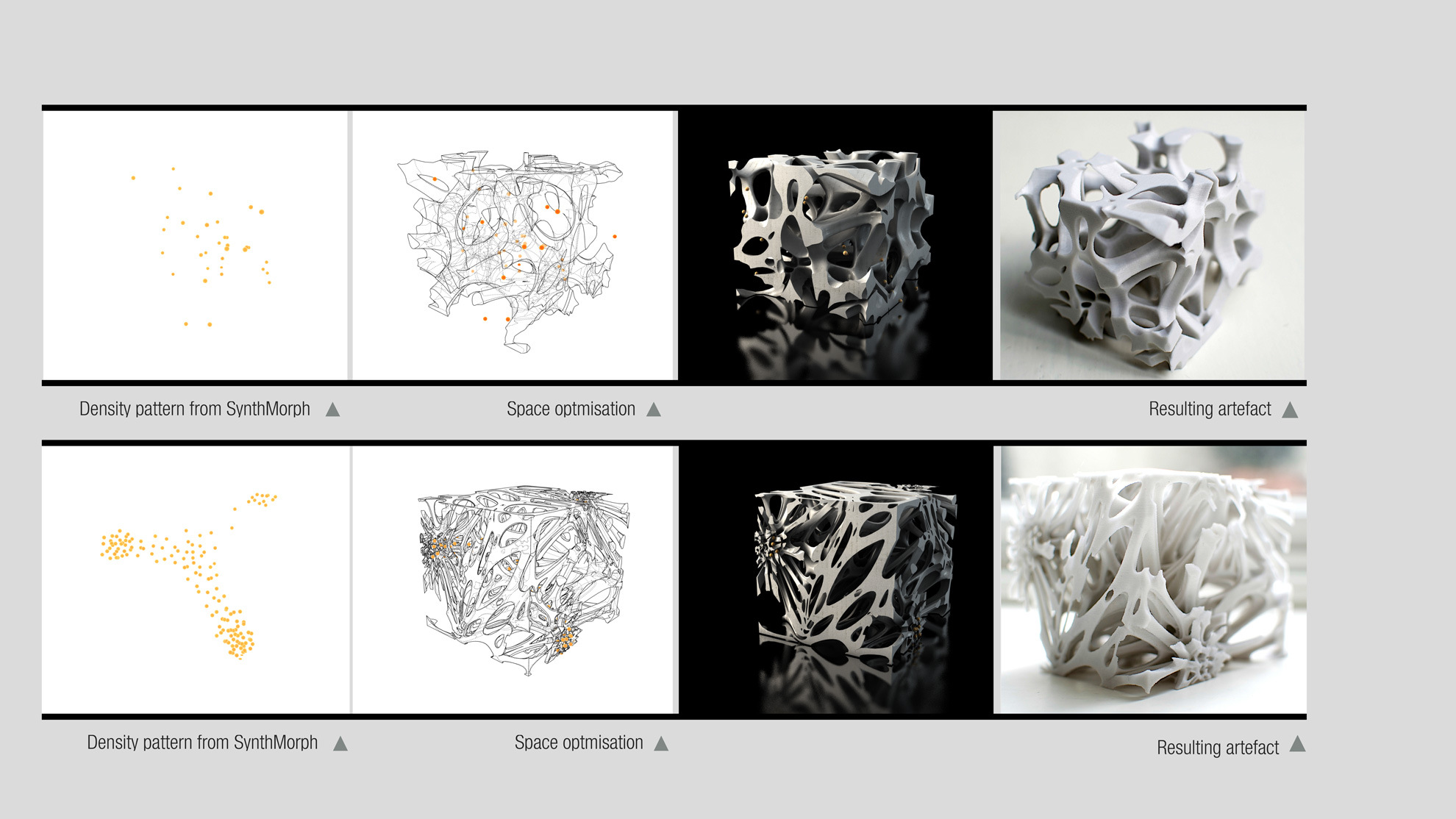 Each structure represents a different attractor system, providing with different variations on the chemical environment. Understanding the connection between environment, bacterial activity and crystallization has several implications for design. For instance, it allows to think of a design framework for graded density materials—materials created by the same basic component but with distinct configurations throughout its section. Natural precedents of this concepts are, for instance, oyster shells which provide a highly efficient and specialised structures throughout its section: hard on the outer layers but suitable for oyster development on the interior.