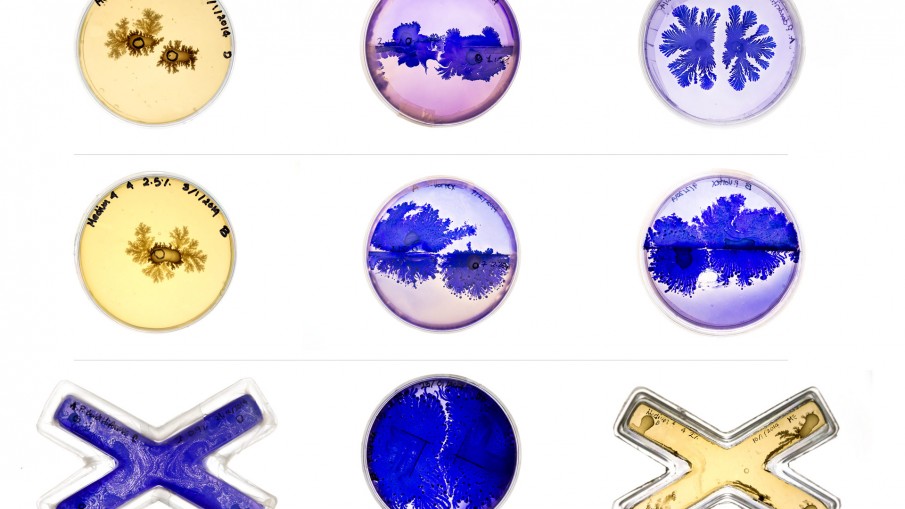 This project consist of a series of design and laboratory experiments which look at the different mechanisms through which bacteria communities organise in space. Due to their configuration, bacteria are considered to be very simple organisms, with limited capacity to generate complex spatial behaviours. However, recent research have demonstrated a highly complex and specialised organisation in bacterial colonies. It is now suggested, for instance, that colonies distribute tasks throughout its members so that energy and resources are well balanced for the group’s well being. As a result, bacterial colonies are capable of generating complex patterns quite similar to those observed in multicellular organisms.

This new conceptualisation of bacteria makes them an interesting medium to understand morphogenesis, or the way in which organisms generated complex patterns. In this series of experiments, my objective was to further the exploration on notions of design as a concert of agents. Under this framework, chemical environment, physical conditions, bacterial organisms and designer has a significant part in the generation of natural shape. The role of the designer shifts from one of an autocratic giver of form, to one in which if manages a complex negotiation between all the elements involved.

The images present different bacterial cultures in which forms are influenced by negotiating the different actors. Chemical conditions are controlled to facilitate the expression of specific features—such as the reach and density of the branches. In addition, I also created physical structures designed to introduce mechanical disturbances in the environment.

The exploration revealed a number of qualities in the assemblage which have an impact in the resulting pattern. 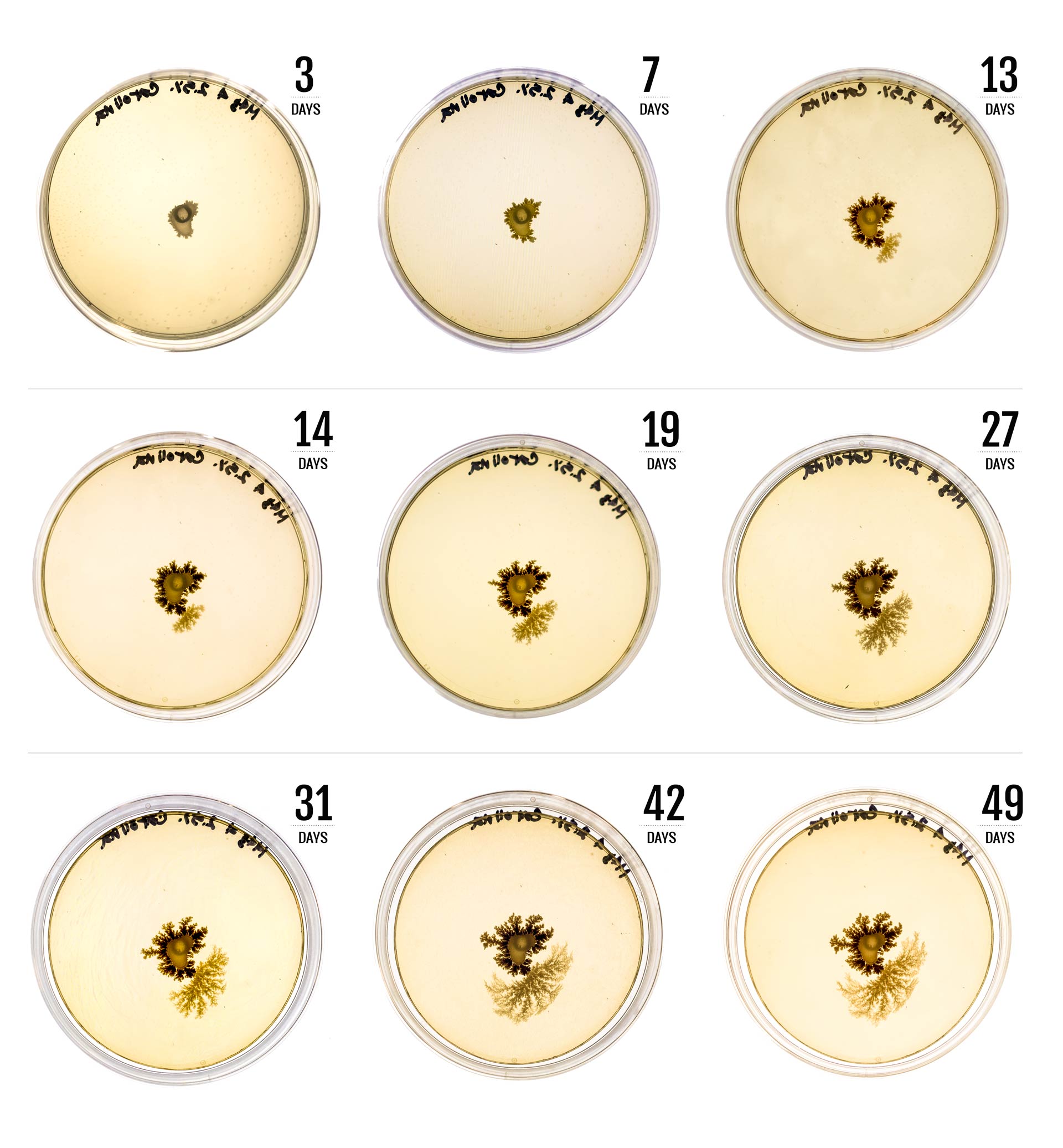